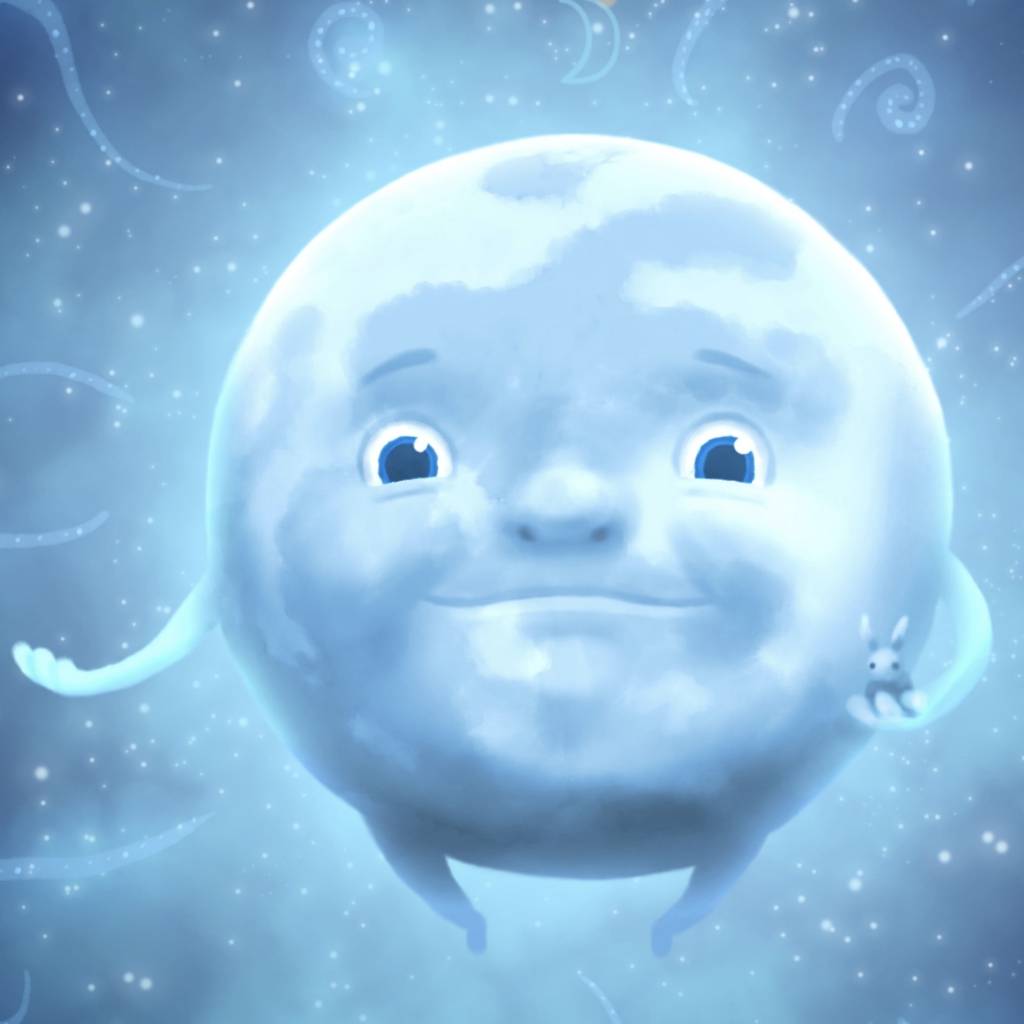 Many Asian and indigenous American people see the shape of a rabbit in the dark and light markings on the Moon, which they call the ‘Moon Rabbit’.  Many different stories are told about how the Rabbit got there and what it is up to...

- In China, it is thought the Rabbit is mixing up potions in a pot to make people live forever, or making medicines

- In Japan and Korea, it’s thought the Rabbit is mixing up some rice cakes

- In ancient Mexico, the Aztecs thought the Rabbit was put onto the Moon’s face as a reward for saving the life of one of their gods.

So, the Moon holds a rabbit because many people around the world and throughout history see a ‘Moon Rabbit’ when they look up into the face of the Moon.

‘Moonbeams’ are actually light that has come from the Sun, which bounces off the face of the Moon and reflects back to us here on Earth.  The Moon doesn't make its own light like the Sun does.

In English, the word ‘Moon’ has a very long history, so it’s hard to say why it was first used or by whom.  But ‘moon’ is thought to come from an old Germanic word ‘menon’, which itself came from an even older word ‘menses’, referring both to the ‘moon’ and ‘month’.  But like the Sun, the Moon has been given many names throughout history.  To the ancient Greeks, it was called ‘Selene’, while to the ancient Romans it was called ‘Luna’.

No, the Moon is not a planet. It is actually a natural ‘satellite’ of the Earth.  A satellite is any object that orbits or rotates around another object, and these can be either natural (like the Moon) or man-made (like communication or weather satellites).

It is thought that the Moon was created from the remains of a planet (about the size of Mars) that collided with the Earth around 4.5 billion years ago.

The Earth only has one Moon.  But scientists have discovered many other moons around many other planets (and even some dwarf planets and asteroids) in our solar system.

The Moon is the only place in the solar system that humans have ever visited.  All up, 24 people have visited the Moon, and 12 lucky ones have actually walked on its surface. The Moon is an average of about 385,000 km (239,000 miles) from Earth, so it only takes around 3 days to get there by spacecraft.

See https://spaceplace.nasa.gov/craters/en/for lots more information for kids about the Moon.

See https://moon.nasa.gov/about/in-depth/ for more detailed information about the Moon for older kids and adults.