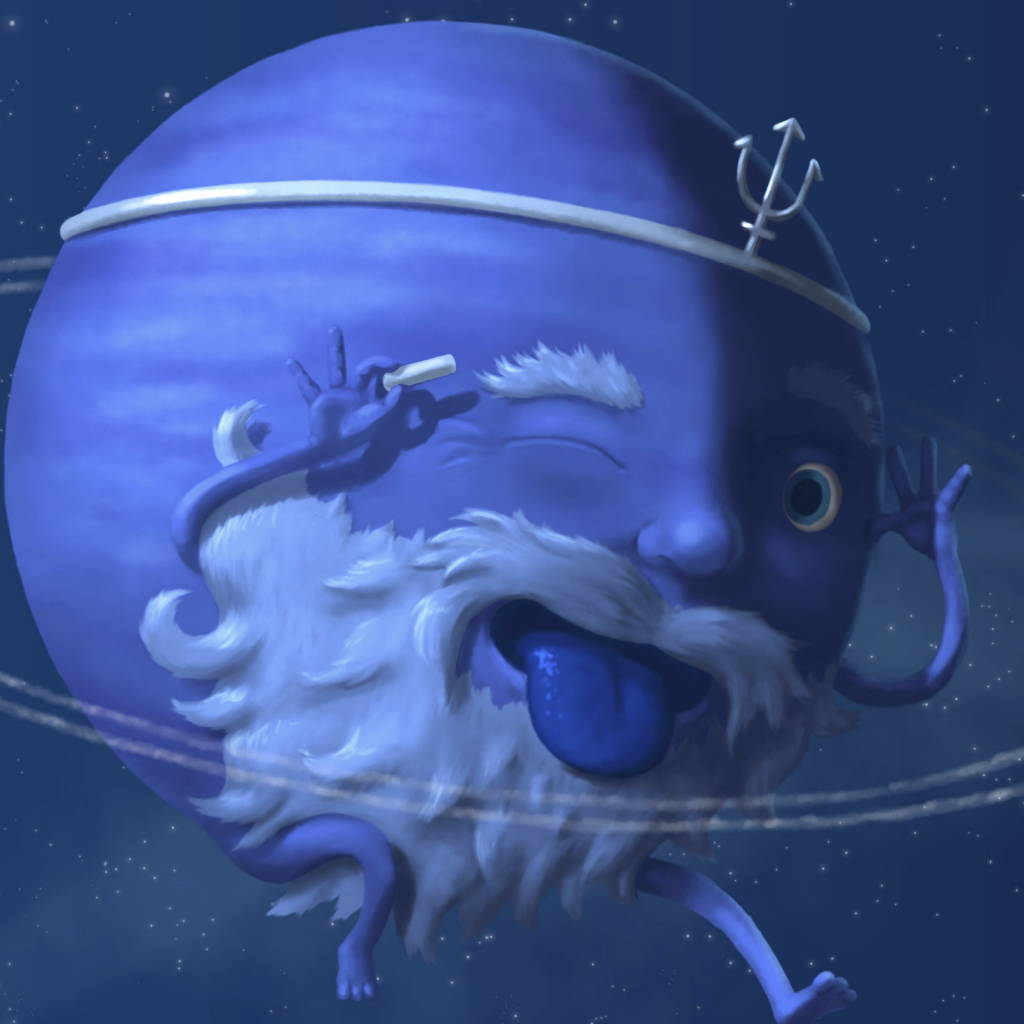 Why is it called Neptune?
Only discovered in 1846, Neptune was named after the Roman God of the Sea. We now know its surface can look like an ocean of deep blue dotted with white waves, so the name quite suits. Neptune is often shown holding a three-pronged weapon called a trident, which was a type of spear that was used extensively by fishermen in ancient times.
Why is Neptune naughty?
Neptune itself isn’t naughty, of course. It’s just a planet and a very cold, dark and windy one at that. But given it is named after the God of the Sea, and as its clouds resemble a deep blue ocean, Neptune might be as unpredictable and tricksy as the oceans here on Earth are sometimes. And Neptune has been sent a very long way away, after all.
Why is Neptune deep blue?
Neptune is a funny place, just like Uranus. It’s fluids and liquids such as water, methane and ammonia fluids around a small rocky core. And all this is then wrapped around in clouds of hydrogen and helium (just like Jupiter and Saturn), along with smaller amounts of other gases like methane. And it’s the methane that makes Uranus and Neptune blue. But despite a similar chemical make-up, Neptune is a more vivid, deeper and brighter blue than we see on Uranus. So there must be something else going on that we just currently don’t know.
Does Neptune really have rings?
Yes, Neptune is surrounded by a set of 5 known rings. They were first discovered by the probe Voyager 2, who flew past Neptune in 1989.
What is Neptune like?
Neptune is the coldest planet in the solar system, with average temperatures around -175C (-350F). Being so far from the Sun (2,783 million miles away), it is a very dark place. And it is also one of the windiest places in the solar system, with winds whipping around the planet at more than 2,000 km/h (1,200 mph), which is five times stronger than the strongest winds ever recorded here on Earth (410km/h, or 250mph). It also has 13 moons (and possibly even one more), with the largest of these moons called ‘Triton’.
Is Neptune really 12 years away from the Earth?
Only one spacecraft called ‘Voyager 2’ has ever visited Neptune, and this was just a quick flyby as it continued on its way out of our solar system. In 1989, Voyager 2 collected lots of new data about the planet, its rings and its 13 moons. Launched in 1977, it took Voyager 2 around 12 years to swing past Neptune.
For more information - see https://spaceplace.nasa.gov/all-about-neptune/en/ for lots more information for kids about Neptune.
Buy Book
ShareTweetPin itE-mail