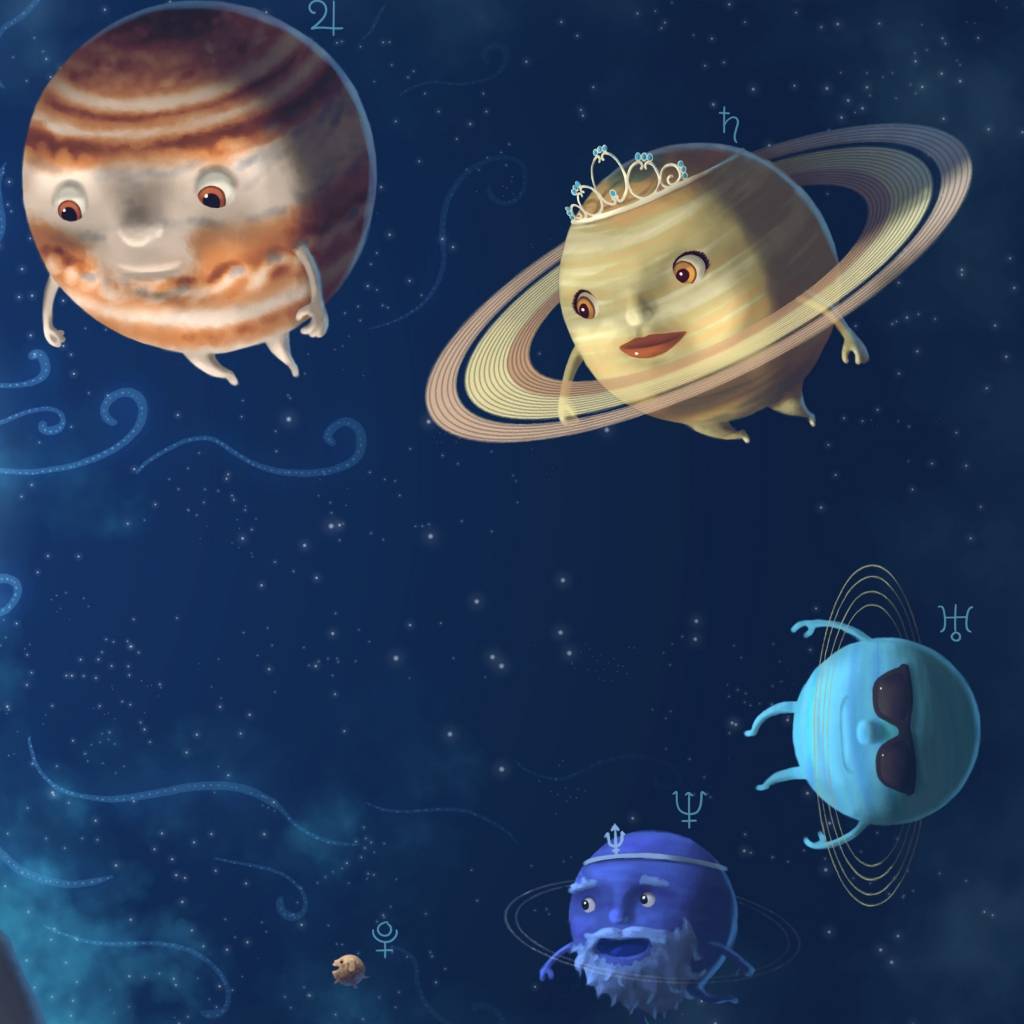 What is the solar system?
Our solar system is made up of one huge star (the Sun) and all of the other objects that orbit around it, which includes:
- The eight planets (Mercury, Venus, Earth, Mars, Jupiter, Saturn, Uranus and Neptune), and
- All other objects like the dwarf planets (Pluto), asteroids, meteorites and comets.
The first four planets closest to the Sun (Mercury, Venus, Earth and Mars) are known as the ‘inner’ or ‘terrestrial’ planets (because in Latin, ‘terra’ means Earth). All have hard outer surfaces, made up of rocks and other metals and minerals.
The next four planets (Jupiter, Saturn, Uranus and Neptune) are known as the ‘outer’ or ‘Gas Giants’. These planets don’t have hard surfaces you can stand on, as they’re made up of different mixes of gases. Jupiter and Saturn are mainly made of Hydrogen and Helium, while Uranus and Neptune are mostly made up of Hydrogen, Helium and Methane.
Is there only one solar system?
No, there are many, many more solar systems out there. Almost every one of the tens of millions of stars you see in the sky at night time is a star like our Sun. And most of these stars also have planets and other objects in orbit around them, which also makes them solar systems. So there are likely billions of different ‘solar systems’ out there in our galaxy alone.
How far away are the planets in our solar system?
This is a tricky question to answer, as it depends on a lot of things, including:
- Where the Earth and the planet we’re heading to are in their orbits around the Sun, as it’s always changing.
- Where the other planets are in the solar system, as often we use the gravity of other planets to speed up or slow down a spacecraft on its way to another planet (called a ‘gravitational assist’).
- What we want to do when we get there. If we just want to fly-by to take pictures, we can head there fast, zoom past at speed and snap away. But if we want to land there (or land a robotic probe there), we need to slow down the speed of the spacecraft to match the speed the planet is travelling at. And that takes a lot longer to do.
The astronaut holds a sign showing how long different space missions have taken to either fly-by an object or to get into an orbit around a planet. But this is a rough guide only – it could be much quicker or much slower depending on all of the things listed above.
For more information - see https://spaceplace.nasa.gov/menu/solar-system/ for lots more information for kids about the Solar System, or https://spaceplace.nasa.gov/planets/en/ for the Planets.
Buy Book
ShareTweetPin itE-mail