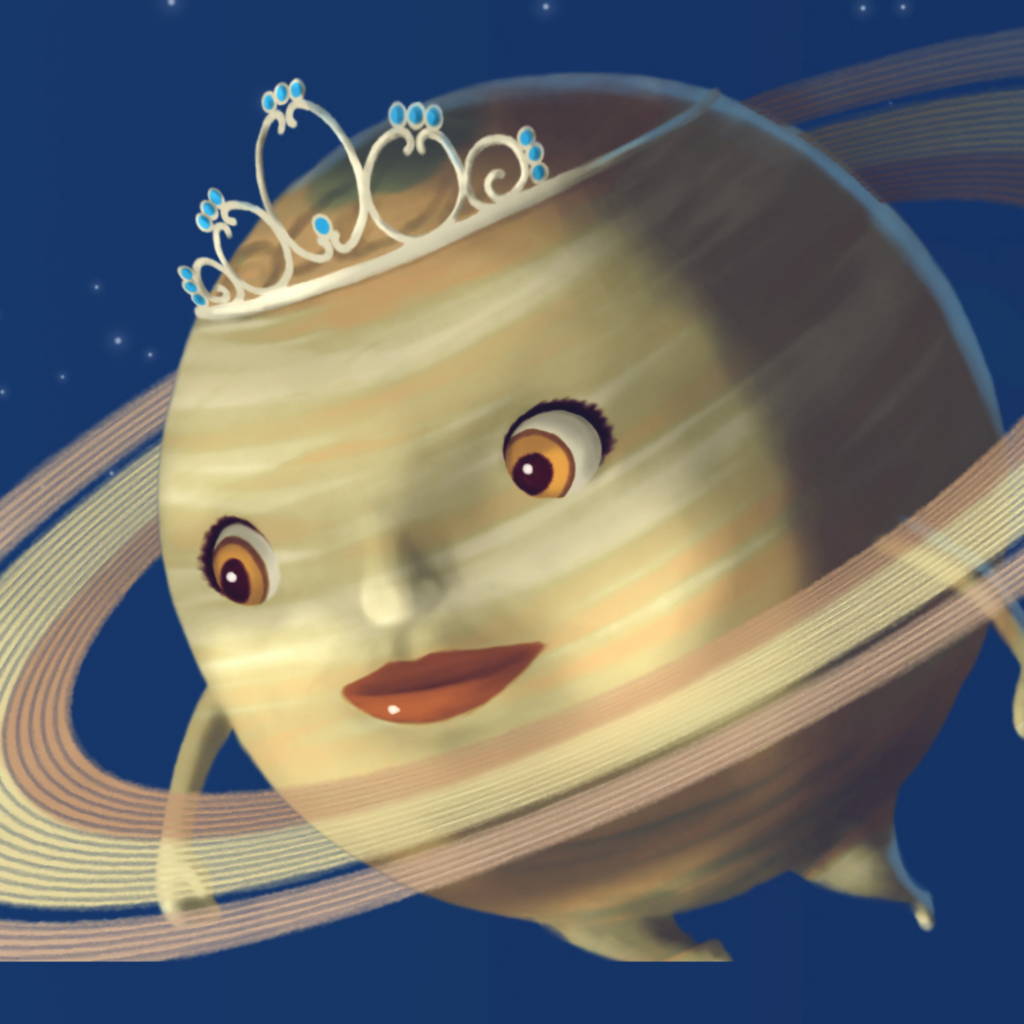 Why is it called Saturn?
Saturn is named after the Roman God of Wealth, Plenty and Agriculture. Saturn is undoubtedly the richest planet in terms of rings.
What are Saturn’s rings made of?
Saturn’s beautiful rings are made up of millions and millions of tiny particles of dust, rocks and ice.
Is Saturn the only planet with rings?
No, it isn’t. All of the other three Gas or Ice Giants in the outer solar system (Jupiter, Uranus and Neptune) also have rings, although Jupiter’s are so faint they’re very hard to see. But Saturn’s are certainly the most beautiful and clear.
What is Saturn made up of?
Saturn, like Jupiter, is a gas giant mainly made up of Hydrogen and Helium. Some think it might have a solid core way down under all those clouds, but we just don’t know yet.
Is Saturn really 7 years away from the Earth?
An unmanned spacecraft named ‘Cassini’ was launched in 1997 and took around 7 years to reach Saturn. This was after flying twice around Venus, once around the Earth, once past a giant asteroid and then around Jupiter to reach Saturn. Cassini orbited Saturn 294 times between 2004 and 2017, providing a vast amount of new data and information on this beautiful planet.
How many moons does Saturn have?
Saturn has 53 officially named moons and maybe up to another 29 more. So possibly 82 moons all up.
Saturn’s largest moon, Titan, is larger than Mercury and is the only known moon in the solar system so far to have an atmosphere. In 1995, the ‘Cassini’ spacecraft dropped a little robotic probe (called ‘Huygens’) onto Titan, to see what conditions were like there. Little ‘Huygens’ parachuted down onto the surface and was able to send data back to Earth for 90 important minutes before running out of power. Thank you, brave little ‘Huygens’.
For more information - see YouTube: Huygens for a short video of the descent and landing of Huygens onto the surface of Titan.
Buy Book
ShareTweetPin itE-mail